Improving connectivity and accessibility across our region significantly grows the economic and social opportunities available to us. It will mean more businesses, more jobs, stronger and more resilient communities, as well as safer and more efficient travel.

The National Party understands this and last Friday our Leader, Judith Collins, announced the most ambitious infrastructure plan ever seen in New Zealand. It is targeted to the upper North Island and is a visionary plan of work for the next 20 years, with $31b to be invested over the next 10 years in the first suite of projects. Totally aside from the massive end benefits, this pipeline will create thousands of jobs and give construction companies more certainty, providing a significant injection to the local economy throughout this process.

Businesses are regularly looking at cost-saving options, and for many of those based in cities, one of the largest costs is their lease. With the delivery of Fibre and Ultra-Fast Broadband, as well as the Waikato Expressway, these businesses can now realistically look at shifting from cities like Auckland, Hamilton or Tauranga, to towns, like those found in the Waikato Electorate, where they will have a lower cost of operating, but with similar access to the infrastructure they need for their businesses to succeed. On top of that, the cost of living is lower for their employees, too. The National Party firmly believes that the government should focus on providing the framework that enables businesses to thrive, then step back and let them get on with it. This is exactly why we developed and implemented initiatives like the fibre and expressway networks for this region. Communities across the Waikato Electorate stand to benefit significantly from this and I’m delighted to be part of a strong team that is focussed on delivering meaningful investment for our regions.

The transport portion of this plan will see the extension of the Waikato Expressway to Piarere, then on the foot of the Kaimai Range, before linking to Tauranga via a tunnel through the Kaimai Range. It will also include the Southern Links project at the south end of Hamilton. I have advocated strongly for a tunnel through the Kaimai Range because I know this will be a game-changer for the Waikato and I’m very pleased my National Party colleagues agree. It will reduce the travel time from the Waikato to the Bay of Plenty and drastically reduce the deaths or serious accidents on the road. I can’t wait to crack on with it!

Leader of the National Party Todd Muller has announced that National is committed to building the Cambridge to Piarere expressway extension commencing their first term if they are elected in this year’s election.

The extension will include a 16 kilometre, four-lane expressway between the completed Cambridge section of the Waikato Expressway (SH1) and the SH1 and SH29 intersection.

“This logical extension of the Waikato Expressway will help bring the country’s most important transport corridor between Auckland, Hamilton and Tauranga up to world-class standard,” Todd Muller says.

The Labour government previously dropped the plans to extend the expressway to Piarere in 2018, despite over $4 million of taxpayer money spent on business cases and plans.

Waikato MP, Tim van de Molen has advocated for the project since, organising campaigns, public meetings and petitions in favour of the upgrade. Tim believes the extension would greatly benefit the community creating better access to local attractions and ensuring safer and shorter commuting.

Tim says, “This project should already have started by now, we have recommitted to it because it is what the Waikato needs and deserves.”

The National government had planned to build the extension, prior to being ousted by the Labour-led coalition in 2017. The National Party will adopt these previous plans to continue the extension if they are re-elected. The Labour government currently has no money set aside for the project for the next ten years.

The extension will help improve access to local tourist attractions and maximise the opportunity for future growth in the area, Todd says. As one of New Zealand’s most dangerous stretches of road, the extension will also address major safety issues. It is expected the new extension will reduce the number of serious and deadly crashes by more than 70 per cent.

“After three years of no progress we need to get on with this expressway as soon as possible to ease congestion, save lives, create jobs and stimulate our economy”, Todd says.

Waikato MP, Tim van de Molen and James Yearsley, member of the Tamahere Community Committee made an oral submission to the Transport and Infrastructure Select Committee on the 2nd of July in the hopes of securing safer community access at the Tamahere interchange.

Van de Molen requested that the House of Representatives urge Waka Kotahi NZ Transport Agency (NZTA) to provide the Tamahere community with safer pedestrian and cycle access across the SH1 interchange at Tamahere.

“Unfortunately for the half the students at Tamahere Model Country School, riding or walking to school is simply too risky for them to attempt and it is our strong view that this is simply not good enough and we are here to ask for a solution for our community”, van de Molen said to the committee.

The Waikato Expressway, urban growth and Te Awa announcing plans for a cycleway have contributed to a significant increase in vehicle, pedestrian and cycle traffic, van de Molen said.

The interchange sees an average daily traffic volume of 9500 vehicles crossing SH21 over a yearly period, a significant increase in the last five to ten years.

The Tamahere Community Committee (TCC) had sought and received reassurance from NZTA for many years that a safe connection east-west across the expressway and north-south across SH21 was part of the overall expressway upgrade. NZTA informed TCC this was no longer the case in June last year.

As a result of this, van de Molen created a petition seeking a crossing be developed on both the north-bound on-ramp and southbound off-ramp and across SH21. The petition received strong backing from the community including the local school, church, local businesses and Waikato District Council.

Te Awa announced they would provide funding for a cycleway underpass across Airport road (SH29) effectively achieving half of the petition's goal. The focus is now on achieving the east-west connection across SH1 as around 57% of the community resides on the eastern side of the expressway with the majority of community facilities located on the west.

Yearsley said during the submission, “Our proposal is, before NZTA complete the Hamilton section of the Waikato expressway, Tamahere community respectfully seeks a safe solution to the existing dangers of the inappropriate access under the SH1 expressway and interchange ramps at Tamahere.”

Yearsley and van de Molen suggested a signal-controlled traffic light crossing at the SH1 off-ramp could be a solution and an underpass for the significantly more dangerous SH1 on-ramp.

Waikato MP, Tim van de Molen and Memorie Brooky, Manager of the Matamata Public Relations Association and Business Association made an oral submission to the Transport and Infrastructure Select Committee on the 25th of June requesting the full driver's license testing be reinstated in Matamata as soon as possible.

The two locals spoke on behalf of the community after receiving a strong indication that students, businesses and employers desired testing services be available in town. Tim developed a petition last year asking people to support having full driver's license testing reinstated in Matamata; and submitted those findings to the Transport and Infrastructure Select Committee last Thursday.

“It was very well supported by the community, people on Facebook were enthusiastic and we also had many local businesses who were keen to support it too,” Tim said to the committee.

One of the main reasons for wanting the testing services to be reinstated was because most jobs in Matamata would require a driver’s license. Tim said, “This particular topic I had raised with employers and there was really strong feedback that a driver’s license was probably the most critical qualification for a number of those employers.”

Memorie emulated this saying the lack of testing within Matamata meant locals had to travel long distances, often requiring time off work or requesting their parents take time off work, to take the test in unfamiliar towns. She said a variety of people, from students to the elderly required accessible driver’s license testing in Matamata.

“We’ve got so many trades and services and trucking firms and I struggle to think of many employers in our town that wouldn’t need someone that had a license,” said Memorie.

Tim outlined in his submission that NZTA removed the license testing within Matamata because it did not meet the criteria necessary, which required traffic lights and double-lane roads. But he also pointed out that there was a total of two sets of traffic lights in the Waikato electorate and people partaking in full driver's license testing in cities were not required to drive on rural and unmarked roads. After more research, Tim discovered that Matamata was never actually formally assessed by NZTA to determine whether it met the criteria to offer testing services. He said this was a ‘glaring inconsistency’ in the selection process.

Morrinsville currently has the only full driver's license testing in the Waikato electorate. Tim ensured the Committee there were very little differences between the two towns, emphasizing Matamata had as much reason as Morrinsville to provide the service.

The Select Committee has requested NZTA appear before the committee to address the petition. 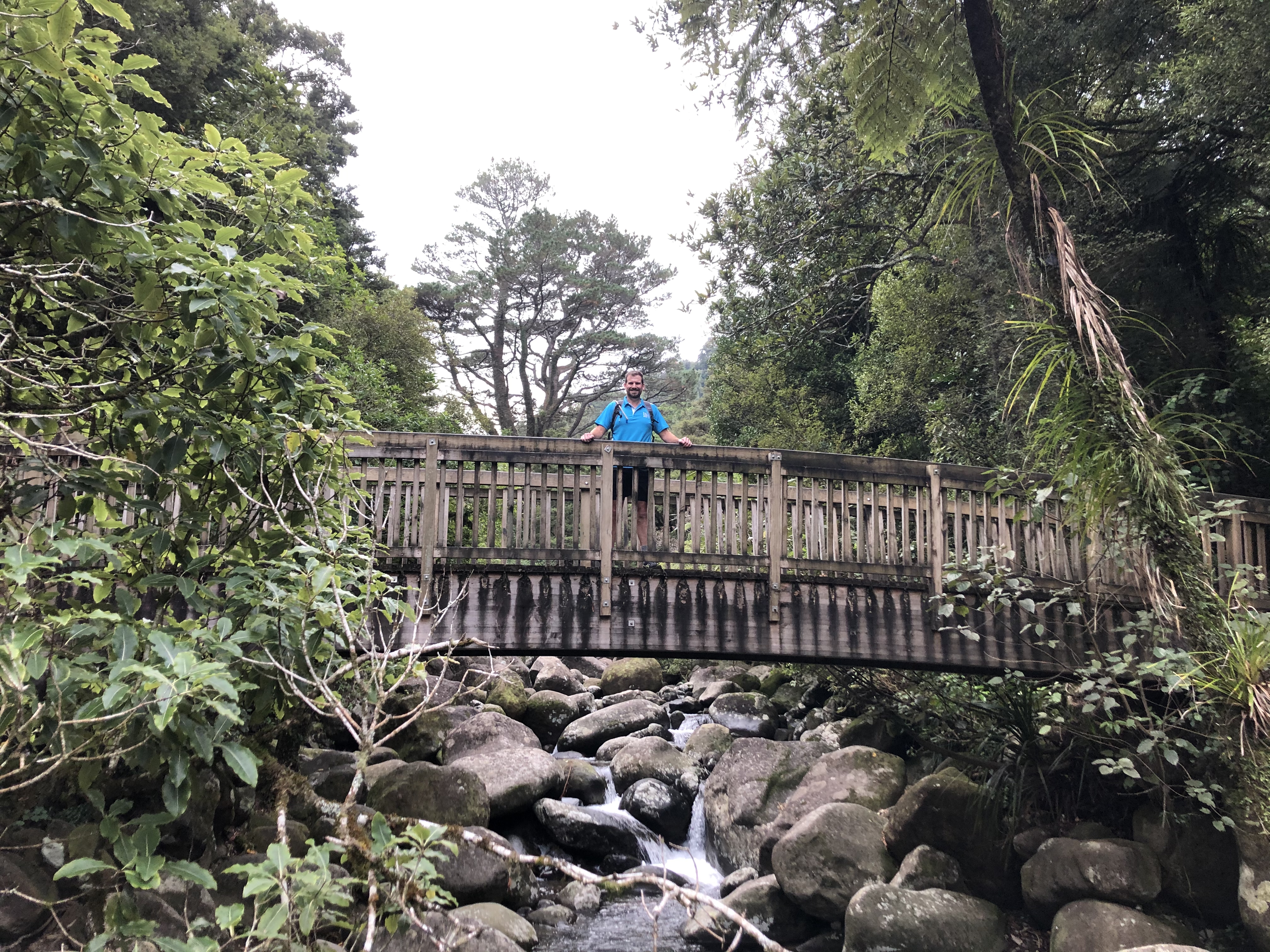 On the walking trail up to the top of Wairere Falls

If you've been following me on social media recently you will have seen that I have started a #GreatWalkWaikato series where I am trying to complete as many nature walks in the Mighty Waikato as possible. We have been through a crazy few months & it has made me a bit more thankful for what we have, so I thought I would take the opportunity to get out of the house and start exploring our beautiful region.

We are blessed to be surrounded by various natural attractions that are unique to our little corner of the world. My aim for the series is to showcase our natural beauty on social media and raise awareness for the importance of conservation in New Zealand. I hope in doing so it encourages us to explore the local attractions that we have perhaps taken for granted in the past, but also to bring awareness to how precious our environment is and how we must protect it.

The first walk I completed was Wairere Falls (a favourite of mine), which is the tallest waterfall in the North Island & a magnificent local attraction, near Matamata. Although there are a lot of steps, I guarantee the views are worth it! 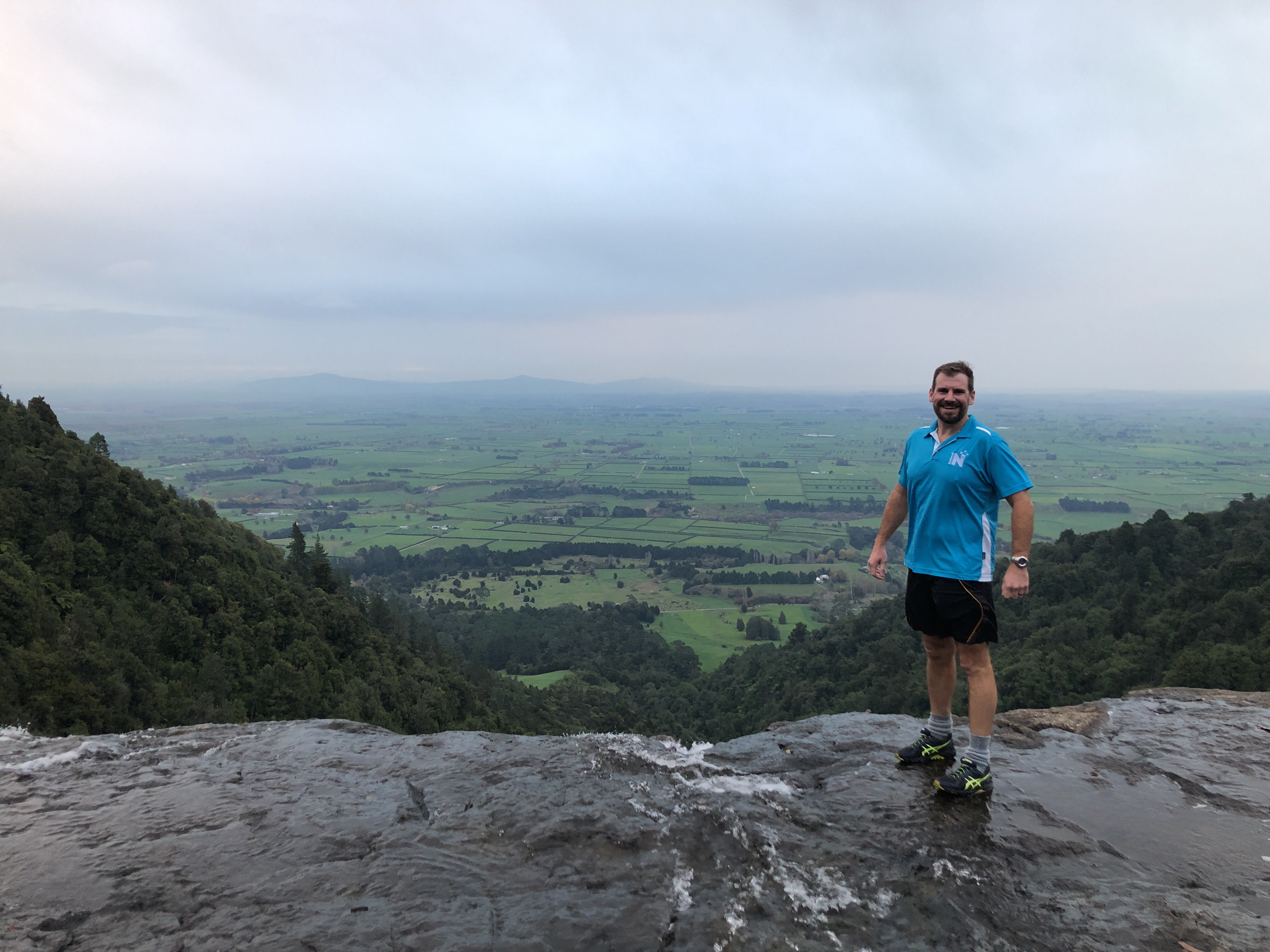 Standing at the top of Wairere Falls overlooking the Waikato

I have often thought that it would be fantastic to one day see an official 'Great Walk' from Mt Te Aroha, along the Kaimai Range to SH29. This would be a massive tourist attraction, boosting the local economy & helping our focus on local conservation work. It would be the closest Great Walk to the Auckland, Waikato and Bay of Plenty regions, ensuring strong usage. I’m looking to engage with stakeholders to understand other potential views on this, so feel free to get in touch!

If you’d like to see my progress and some photos of my walks, including Wairere Falls, follow me on Facebook at facebook.com/TimvandeMolenWaikato. Feel free to get in touch via Facebook or via [email protected] with any suggestions for walks you'd like to see me do.